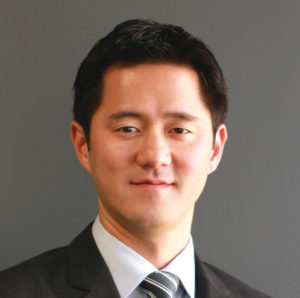 Brian H. Chun graduated from Stanford University in 1997 with a degree in Philosophy. He earned his Juris Doctorate in 2001 from Northwestern University, where he was a Senior Articles Editor for the Journal of Criminal Law & Criminology.

Prior to joining Lafayette & Kumagai, Mr. Chun worked as an associate at the law firm of Bingham McCutchen LLP in San Francisco where he practiced complex commercial litigation. Mr. Chun’s current practice focuses on civil litigation matters with an emphasis on employment law. Mr. Chun has been 2nd chair for three employment litigation trials with Mr. Lafayette, including a three-month sexual harassment trial involving three plaintiffs, in which the firm won a defense verdict for its client, as well as a District Court employment trial in which the firm obtained a Judgment as a Matter of Law. Mr. Chun has prevailed in two Motions for Summary Judgment in employment matters since coming to the firm. In addition, he has handled a number of contract and union arbitrations. Mr. Chun has handled employment litigation matters on behalf of Fortune 500 clients Pacific Gas and Electric Company, Comcast, Microsoft Corporation, Home Depot, Prudential Insurance Company and Macy’s, Inc.